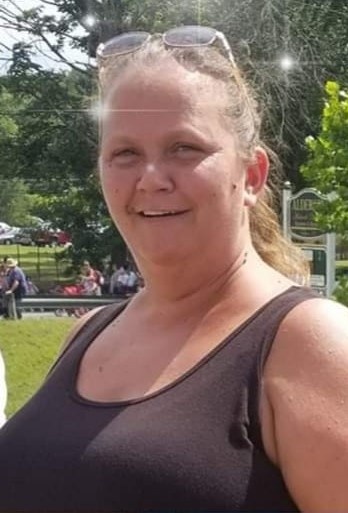 Born November 17, 1976 at Summers County she was a daughter of George and Audrey Yancey Adkins of Pipestem.

Angela was a member of Peaceful Valley Church at Athens. She was an assistant cheer coach for Summers County High School. Angela was a department manager at Walmart in Princeton who enjoyed the outdoors, riding four wheelers, horses and spending time with her children.

Besides her parents, those left to cherish her memory include her husband of 22 years, Charles “Brady” Petrey at home; one daughter, Aubrey Renae Petrey and one son, Clifford “Brayden” Petrey, both at home; three brothers, Timmy Adkins and wife Deanna of Princeton, George Adkins of IN and Anthony Adkins of Pipestem; paternal grandmother, Hallie Adkins of Hinton and several nieces, nephews and cousins.

Funeral services will be 1:00 P.M. Tuesday, February 25, 2020 at Ronald Meadows Funeral Parlors Chapel with Pastor Delmar Stilwell officiating. Burial will follow in the Valley View Cemetery at Powley’s Creek. Friends may call from 6:00 – 8:00 P.M. on Monday at the funeral parlors. Family and friends will serve as pallbearers.

To send flowers to the family in memory of Angela Petrey, please visit our flower store.