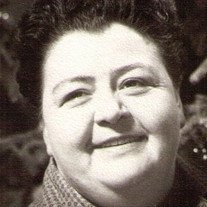 Amanda Beth Cales, 80, of Brooks, passed away Saturday, July 11, 2015
at the Summers Nursing and Rehabilitation Center at Hilldale.
Born March 9, 1935 at Brooks, WV daughter of the late Charles L. (Tug) and Minnie Dillon Cales.
She was employed by WV Department of Transporation for 23 Years, graduate of Hinton High School. Amanda was a charter member of the Church of the Living God, and also attended Sandstone Baptist Church. Amanda had lots of friends in the area and many special friends. Besides her parents preceded in death by two brothers Howard Luster Cales and Charles Lee Cales. One sister Margaret Grimmett Kleintop Waller.
Survived by one sister, Juanita "Jitter" Brabb and husband James of Nimitz and several nieces and nephews.
Funeral services will be held 3:00 pm Monday July 13, 2015 at the Ronald Meadows Funeral Parlors Chapel with Pastors Jackie Ward and Robbie Merritt officiating. Burial will follow in the Cooper Cemetery at Sandstone. Friends may call from 6-8 pm on Sunday at the funeral parlors.
Friends and former co-workers will serve as pallbearers.
If Amanda could speak to us now she would say "Praise God I'm doing great".

To send flowers to the family in memory of Amanda Cales, please visit our flower store.